Are you curious about how safe skydiving is? It is correct to think that there is some risk involved in an extreme sport like skydiving, but it is probably nothing as dangerous as you might believe. Gone are the days when leaping from an airplane was a trick or stunt performed by people who were obviously crazy. The usual line you will hear about skydiving statistics in marketing material is that driving to the dropzone is the most dangerous part of your skydiving day – which while true indeed, does not give you much information and context. If you are wondering about the potential risks of skydiving, it is always worth knowing a little more about what is really involved…

Skydivers are actually the opposite of being the bunch of unhinged yahoos they are often presented as in tv and movies. The skydiving industry is actually highly regulated, and to be a part of the United States Parachute Association (USPA), dropzones must adhere to many operational regulations – that start at BSR’s (Basic Safety Requirements) and branch off into many areas covering each and every aspect of the sport. The airplane part of skydiving is covered not only by rules specific to parachute operations but also by the extensive regulations and practices required by the FAA (Federal Aviation Administration). 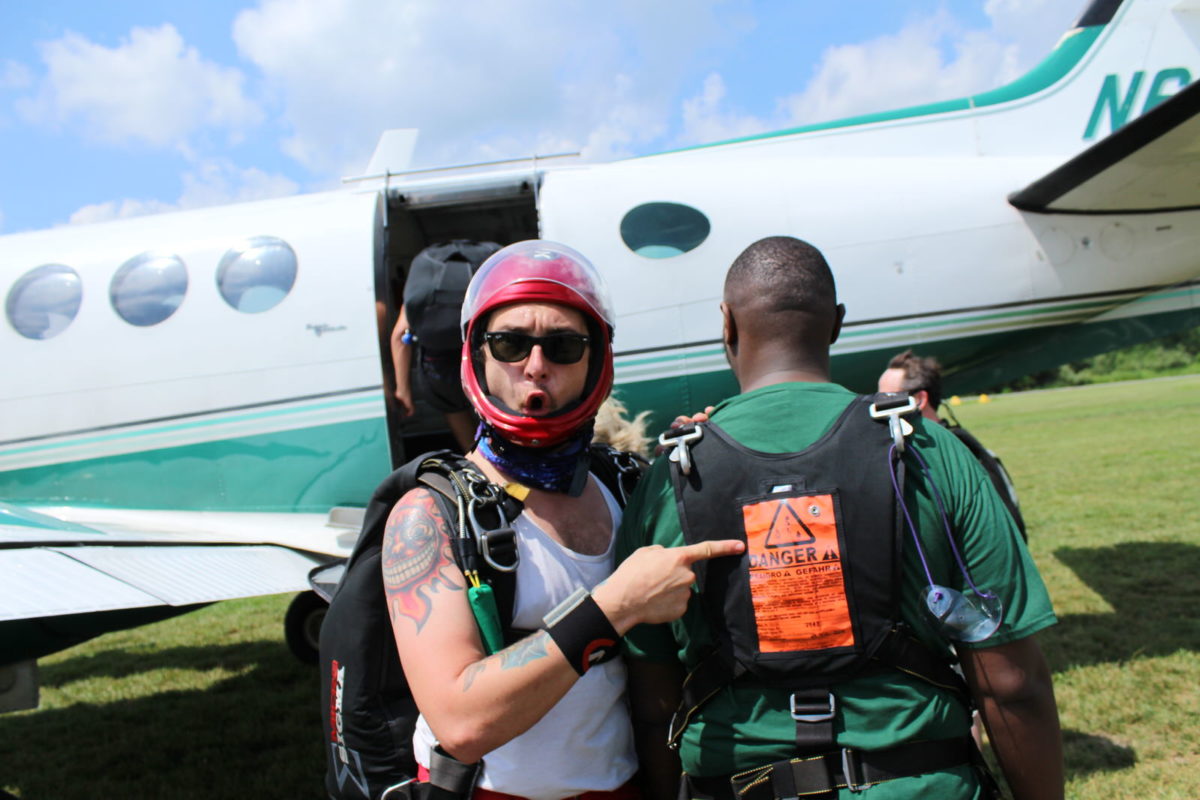 Skydiving gear is very good at doing what it is supposed to. Modern technology has provided an excellent understanding of the forces at work when deploying and flying parachutes, and the continual march of progress means that the designs improve all the time – offering softer, smoother openings while at the same time increasing in performance. A parachute ‘malfunction’ sounds like a dire scenario, but minor issues are not uncommon and those that cannot be dealt with immediately are solved by simply using your reserve parachute. Every jump, whether solo or tandem, has two parachutes to rely on. The first parachute is the responsibility of its owner, but every reserve parachute must be inspected and repacked every six months by a qualified ‘rigger’.

Skydiving is both an experience and leisure activity, but it is also a sport – and as such contains the same physical considerations as when training for other similar pursuits. Serious injuries in skydiving are rare, and when they do happen are much more likely to involve an experienced athlete pushing hard at their particular discipline than a student or tandem skydiver. Like any sport, it is possible to pick up a minor injury whether you are brand new or a seasoned professional – and while more serious accidents do sometimes happen, they are statistically highly unlikely.

The overall good safety record in skydiving has a lot to do with training. Tandem skydiving has been a thing now since the 1980s, and the process has been refined over and over to be as accessible as possible and allow as many people as possible to experience what freefall feels like. The tandem briefing gives you exactly what you need to know to get up in the air as efficiently as possible, but does not overload you with information – allowing you to enjoy your first jump in the best way possible. Learning to skydive has been similarly analyzed and streamlined into a challenging but smart sequence of jumps that give you a bit more to do each time over what is called the AFF (Accelerated Freefall) course. 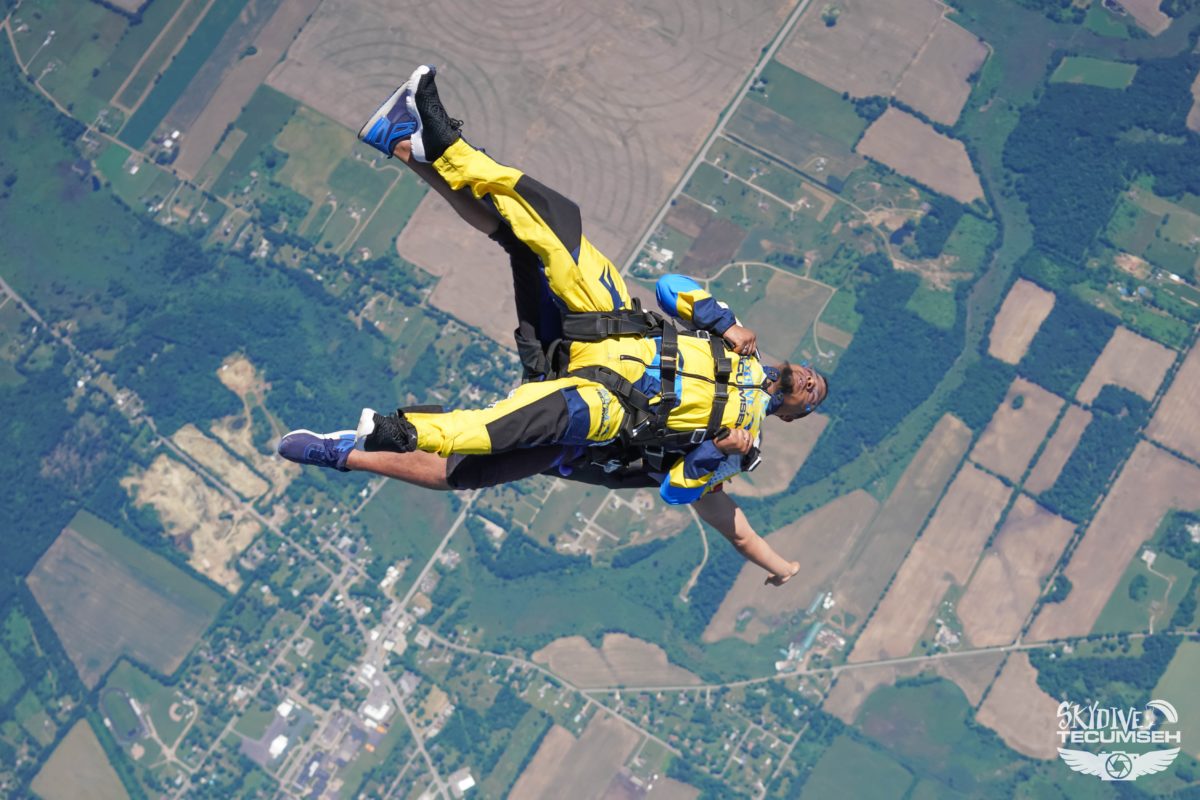 Skydiving does contain an element of risk and accidents do happen sometimes, but incidents are few and far between. If you have been wondering how safe tandem skydiving is, or how safe is skydiving in general you can check out statistics provided by USPA – noting that tandem incidents are even less than the industry averages. Jumping from a plane is something everyone should do once at the very least, and it is entirely possible that you love it so much you decide to get fully involved.

Went and did my first jump with Skydive Tecumseh and t was awesome! My dad had been telling me for 10 years he was going to take me and never did. So finally for his 50th birthday, I took him! It was an amazing experience all thanks to the staff at Skydive Tecumseh! They were friendly, helpful, and totally laid back! They definitely knew how to make a first-time jumper feel at ease! I would highly recommend them and will definitely be going back again!