Have you ever wondered what the difference is between parachuting vs skydiving? Are the two terms parachuting and skydiving just unnecessary linguistic distinctions to describe the same exact thing? Is the whole matter of parachuting compared to skydiving an issue akin to a difference in pronunciation like “tomayto” “tomahto” or “potayto” “potahto”? Well…yes! and…no.

We are going to level with you. Yes, undeniably, there is a bit of semantics involved in the difference between parachuting vs skydiving. At times, the two are used interchangeably. For example, the largest organization for the sport of skydiving in America calls itself the “United States Parachute Association (USPA) ” rather than the “United States Skydiving Association.” Here the distinction is pretty much non-existent because the organization definitely includes both parachute jumps and skydiving!

Parachuting and skydiving are closely related. pretty much two peas in a pod. There is, however, one subtle difference: by nature, a successful skydive requires a parachute, but not all parachute jumps require a “skydive” per se.

Anytime an individual willingly exits an aircraft, most are tempted to categorize it as a skydive. But, that’s not quite right. When an individual exits an aircraft and immediately deploys a parachute without experiencing much, if any, freefall, it is a parachute jump. In order to be fully classified as a skydive, there has to be some freefall involved!

Here is a quick rundown of how parachuting and skydiving all came about.

Parachuting evolved in the 20th century primarily as a means to deliver soldiers, cargo, and supplies behind enemy lines. You didn’t “parachute” for fun.

Even today, the language is most closely tied to jumps made for a professional, often non-civilian, purpose. Navy SEALS, Special Forces operatives, and smokejumpers (specially trained wildland firefighters who are dropped in by parachute) refer to what they do as making a “parachute jump.” Typically these “insertion” jumps involve getting into tough to reach places, carrying equipment, weapons, or supplies. These parachute jumps are a far cry from a “fun and fancy free” skydive made at your neighborhood dropzone. 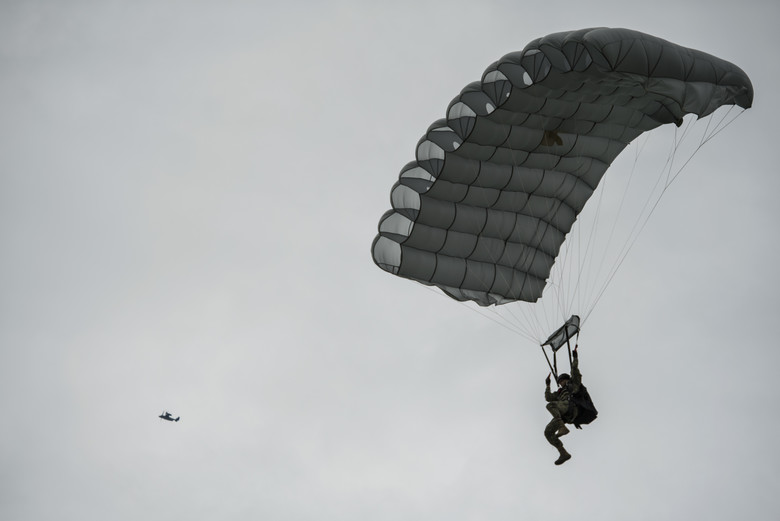 So, how did modern-day skydiving come to be?

After WWII, the popularity of parachuting in the U.S. grew exponentially. In the early days, returning soldiers and ex-military members would utilize surplus military gear. And even in civilian jump operations, there was a lot more parachuting than “skydiving” occurring. This is because early jumps were completed by a static line, a deployment system by which the parachute is automatically opened as the jumper leaves the aircraft. 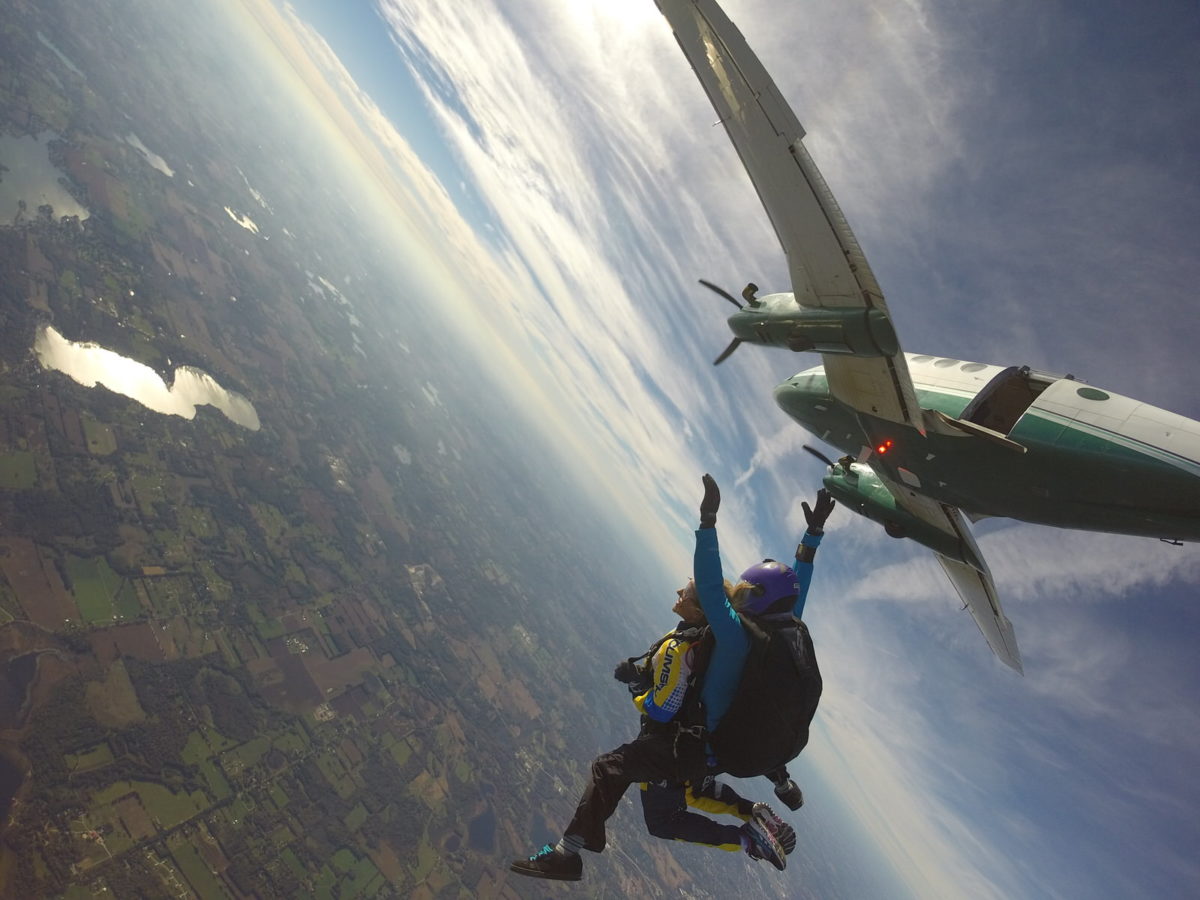 Tandem Skydiving is the best of both worlds!

These days the majority of people are looking to experience the fun of freefall! On your skydive with Skydive Tecumseh, you can experience three different freefall options: 9,000 feet, 14,000 feet, and 18,000 feet! After your freefall, you’ll enjoy a parachute ride that lasts five to seven minutes. See? Skydiving today is the best of both worlds! Join us and contact Skydiving Tecumseh today!