Skydiving for the first time? Feelin’ some anxiety? What a relief! Feeling skydiving anxiety means you are the proud owner of a functional brain. Since having a brain is a total prerequisite for enjoying a tandem skydive, that’s the best news we’ve heard all day.

Everyone who skydives for the first time is nervous. (Don’t let ‘em tell you otherwise.) The trick is to manage that skydiving fear, not pretend it doesn’t exist. And here’s a fun tip: when you learn to manage that seemingly overwhelming fear, that skill won’t just help you on the day of the jump. In fact, it’ll spill over into bettering your life in all kinds of knock-on ways. What to know more? Let’s get down to it. 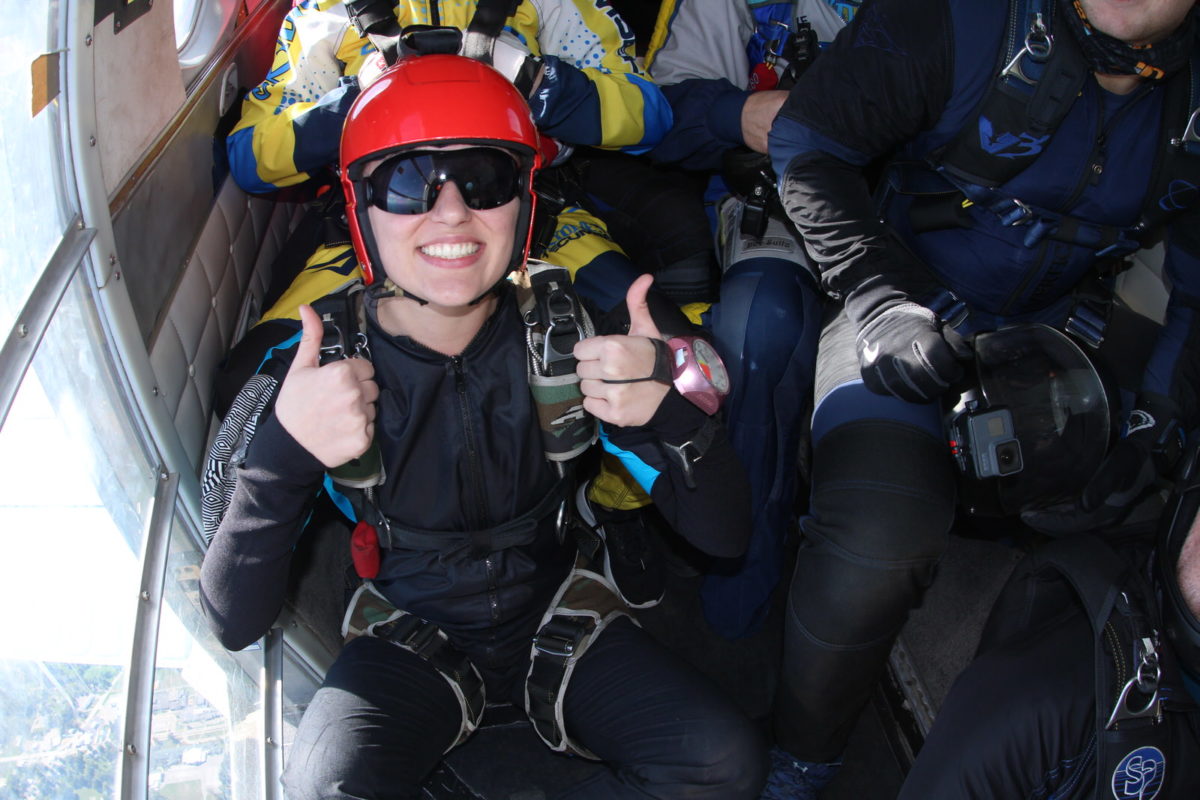 1. Knowledge is power against skydiving fear. Get some.

The more you educate yourself about skydiving equipment and procedures before you arrive on the day of your first skydive, the lower you can expect your heart rate to be when you approach that airplane. Knowing about what to expect from your first skydive has the almost miraculous power to turn skydiving anxiety into skydiving excitement!

Case in point: Did you know that every parachute system used in skydiving has not one but two parachutes inside? The backup parachute (called a “reserve”) is taken out, inspected and re-packed by a professional, federally-certified rigger every 180 days. In addition to that, there’s an automatic activation device (which we abbreviate to “AAD”) — a tiny computer that’s designed to deploy that backup parachute if for any reason at all the instructor is unable to do so themselves. 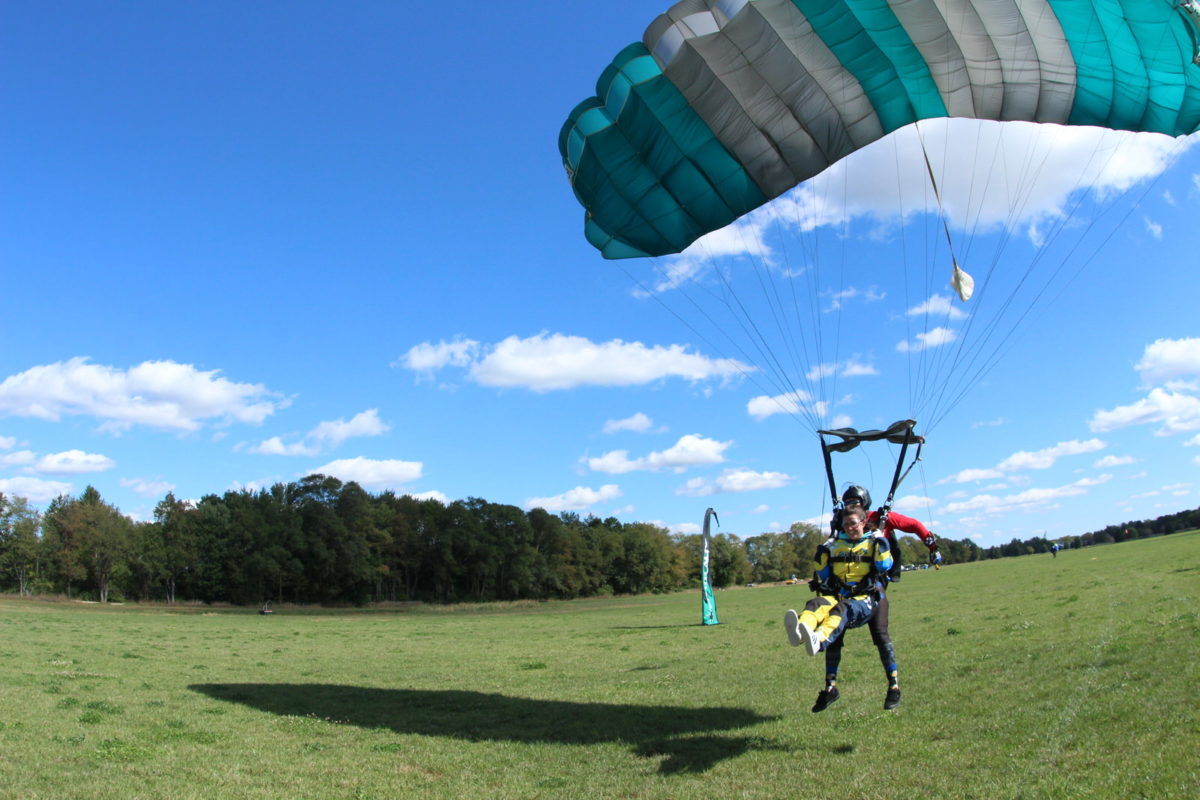 2. Wrap your arms around the nervousness you’re feeling. It’s your friend.

Fear is vital. It’s part of our evolution for a reason! From an evolutionary standpoint, it simply makes sense to have a physical aversive reaction to things that have the potential to hurt us. We often need physical reminders to consider the results of our actions. After all: Any animal that bumbles through life sans fear is probably not going to make it long enough to perpetuate the species.

All that being said: Fear is not our master. And all fear is certainly not created equal. Even though they’re remarkably similar in a physiologically sense, fear in the face of a hungry mountain lion and fear backstage at the talent show when the announcer is beckoning you out are different beasts indeed.  Fear will make sure you take anti-mountain-lion action, but you probably shouldn’t blow a whistle and climb the nearest tree at the talent show. (Unless your talent is stand-up comedy, in which case we hope for your sake the tree is an on-stage prop.)

3. See skydiving as a workshop to hone your mastery of fear and anxiety in general.

The mental muscles that control your fear need to be strengthened like any others — and skydiving is a uniquely perfect place to do just that. Since skydiving is — statistically speaking — actually safer than commuting, the sky is a fantastic place to take your nerves out for a weight-lifting sesh. And, as with most workouts, repeated visits to the “gym” will reliably tone those responses over time.

With several skydives under your belt — especially if you earn you solo license (with us!), you’ll probably notice that you’re less reactive to adversity, more measured in your responses and generally calmer when everything’s going full-on gonzo. If those skills don’t have extensive, profound effects in your life at large, we’ll be shocked. ‘Cause it’d be the only time that has ever happened in the history of ever.

Are you ready to get into the ring with your skydiving anxiety? Get in touch with us! We’re looking forward to helping you get those gloves off and show your skydiving fear who’s boss: YOU!

This was a great experience! The staff were friendly, the TI (Amber) was informative and made it fun. I felt very safe and in the care of a qualified and capable TI. Skydive Tecumseh has been around for over 50 years and I can see why. This is a fantastic place to check off one's bucket list, have fun with friends, and do something exhilarating. I highly recommend it for anyone who wants to have a chance of a lifetime.