Skydive Tecumseh has been the home of skydiving in Michigan for more than 50 years. Over that time, thousands of skydivers have jumped here, from first time tandem skydivers to experienced hobby skydivers.

It’s been an epic 50 years and skydiving in Michigan has come a long way. We’ve seen some of the world’s top teams pass through here and we’ve hosted more skydiving events than we can remember!

To celebrate, here’s a a look back at the history of this amazing sport and how skydiving has progressed over the years. 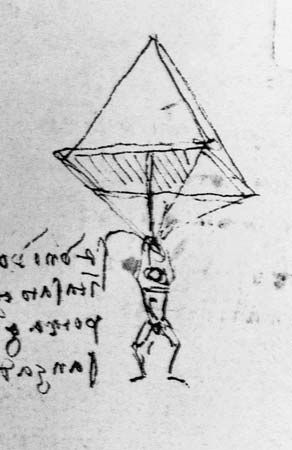 It’s a common held belief that the first “skydiver” was none other than Leonardo Di Vinci, as far back as 1483.

As a scientist, Di Vinci spent a lot of time studying the world around him – and later became well-known for his artistic representations of things like the human body and, interestingly for our story, parachutes!

Di Vinci’s parachute was conical in shape. An accompanying note to his design read

In the year 2,000, Adrian Nicholas became the first man to jump with the Da Vinci parachute, proving that it was, in fact, the first working parachute ever designed.

The Progression Of Skydiving

Skydiving progressed slowly from Di Vinci’s time, though some reports suggest China tried some base jumps in the interim between 1483’s first design and the first recorded skydive of 1911.

But the sport didn’t really start to progress until the first world war. The military used parachutes to deploy their troops and for that reason, the equipment used was developed rapidly. 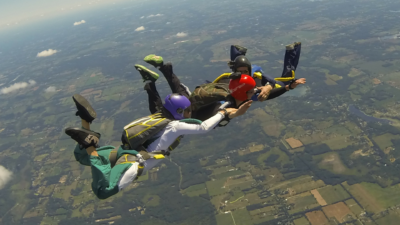 In 1946, the United States Parachute Association (USPA) was founded as the governing body for our sport. This was an important moment for skydiving in Michigan because it meant that the guidelines around skydiving were formalized. As a member of the USPA, Skydive Tecumseh is accredited for its quality of skydiving and is guided by the guidelines put in place by the USPA.

Skydive Tecumseh was founded in 1964. With its incredible views and plethora of attractions, Southern Michigan was an ideal choice of location. 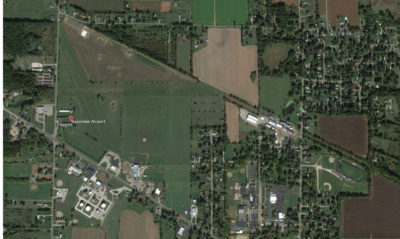 Situated in Tecumseh, our drop zone is Michigan’s #1 longest running drop zone. We’re ideally situated to serve the Ann Arbor, Lansing and Detroit metropolitan areas and even welcome skydivers from much further afield to enjoy our great facilities and learn from our awesome instructors.

If you’d like to experience skydiving in Michigan at it’s finest, book your skydive with Skydive Tecumseh today. Have questions? Contact us and one of our team members will be pleased to assist you.